Allow us to throw some light on the question, are tennis racquets unisex? In our opinion they are cause sex should never hinder your dreams, only encourage.

One of the most important and best thing about tennis racquets are that no matter the age or sex everyone can gain delight in the sport. There’s no shocker to anyone that tennis is up there as one of the top and most recognized sports around the globe.

But the to purchase equipments for the sport can sometimes be difficult due to it’s expensive prices, especially the racquets. A lot ask before buying especially their first ever purchase , if tennis racquets are unisex. Is their such a thing as a specific gender racquet? That’s what we’ll discuss in this post.

Are Tennis Racquets Unisex? Well tennis racquets are unisex. The dissimilarity between a female an a male racquet, is the enhancive also the strategy the brands uses to market their racquets. There is no specific racquet to be used by a male or female. All racquets can be used for both genders. Number one, there is no specific racquet to be played with by a male or female. Both genders can use all racquets ever made. However, there’s slight dissimilarities between the genders racquet that needs to be thought of. I wouldn’t recommend the same racquet arrangement for both genders. Men are naturally stronger and heavier than women, and things like that has to be put into consideration when choosing a tennis racquet.

Differences Between Men and Women’s Racquet

Men’s racquet=heavier: Like I phrased before naturally males are stronger than females and also heavier. Hence, men needs a more weighted racquet to use compared to a female who isn’t as strong. A heavier racquet means more mighty shots, but it’s achieved only if you can manage that weight of the racket. Which will be trouble if you don’t have the strength to do so. No racquets are made for men or women specifically, but you can make a decision base on your psychical abilities, and men seem to lean towards a heavier racquet.

Cosmetic: The cosmetics for tennis racquets is quite very relevant to separate from the competition in the marketing world now. The racquet brands picks other cosmetics to their racquets to aim at other audiences. For example, a pink racquet is usually favored by a female and maybe, a black racquet will attract a male more.

That’s also a clever way to aim at children, since kids usually make their choice for their racquet from how it designed and looks cosmetically, and not how it performs. However, even though the cosmetics are not the same pending on which audiences they are marketing, the racquet underneath remains the same and it will perform in the precisely the same.

Marketing: Once Serena Williams makes an promotion with Wilson, thad ad is going to be primarily aimed at women. The same goes the other way, if Roger Federer makes an advertisement ad, the audience focused on will definitely be men. Yet there is no difference between the racquets that both Serena and Federer advertised for. It’s all just promoting and advertisement.

The Actual Differences Between Racquets and Genders 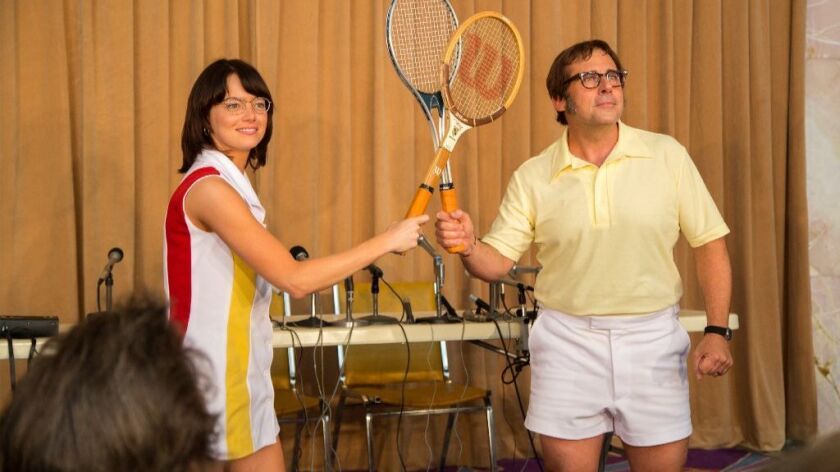 Buying a tennis racket can be a lot of fun, especially if your budget is not limited. It is not uncommon to buy a racquet brand that your favourite player uses. Naturally, women would lean more towards the racket models used by top female tennis players like Serena Williams, Maria Sharpova, etc and men towards Roger Federer, Andy Roddick etc, as an example. Apart from the brand, choosing a racket based on the features and characteristics that match your physical form also matters.

Weight: Men and Women aren’t made the same so it therefore means males are stronger and heavier than a female. Therefore, men would profit more from a more weighted racquet compared to a female who’s lighter. As males are naturally stronger, they can manage and benefit from a racquet that is a little more weight to it, and by that gain more might in their shots. For a lighter women, they would have difficulty with maneuvering a heavier racquet, and it would just make their performance horrible.

Choosing a racket with an appropriate weight is also key to avoid injuries and technical errors. This differs between men and women based on their physical abilities. For this very reason, most racket models come in a lighter version too. Light-weight rackets usually weighing below 285 g are rationally suitable for women to avoid any injuries from an overloaded arm. For men, usually the 300+ g frames work the best.

Head Size: World wide, males seems to go by a choice of a bigger head size than females, Which would make sense since they can gain more power in their shots, and a bigger head size permits them to do so. Racquet head sizes are usually organized as standard (85-98 sq in), midplus (99-105 sq in) and oversized (106-135 sq inch).

Smaller head size equals a more forgiving racquet. The bigger the head size is, the more might you are able to gain. As you continue to better your skills you should consider going for a bigger head size also, but for the beginning,I would recommend men starting a little bigger then women. Midplus is a good beginning point for males and I’d recommend females start at the standard range.

Most players choose a head size of 99.9 sq. in. This helps in maintaining a perfect balance between power and control. Though female players may choose a slightly smaller head size, bigger sizes may be even more suitable for them as the larger string-bed results in fewer unforced errors and more power.

Grip size and length: Grip size 2 or 3 is ideal for girls with smaller hands, while guys start from size 3. If you are in doubt, choosing a smaller grip size is always recommended as you will still be able to increase it with over grips in the worst case scenario. As for the length of the racket, they range from 68,6 cm to up to 73,7 cm. Women feel more comfortable with a shorter racket as it allows them to easily manoeuvre the racket and invest less effort into hitting.

If considering about using the same racquet as the other gender, it might work if you are a beginner that isn’t thinking of being a serious or excellent player of the sport. But, if you want to evolve as a player and be the best version of yourself as can be on the tennis court, it would be a totally unfair to play with a racquet that isn’t compatible with your game play and physical abilities.