John Isner is another popular celebrity on everyone’s crush list. Take a look at his assets and belongings. There is much that you can learn about him.

As soon as John Isner finished his college studies at the University of Georgia, he then went straight into the game of tennis. As time goes by his career begins to grow remarkable as he lead the Bulldogs to a national title as a senior, but did that help him to become a pro?

John Robert Isner was born on April 26th 1985 in the USA. Isner is the youngest of three boys. He started playing tennis seriously at age 11 and looking at the skill that he displayed at such a young age, his parents made sure that he trained at the Saddlebrook Academy alongside other American tennis greats. Isner’s first coach was Craig Boynton, who worked with him and helped develop his style of play.

Isner has an extremely powerful and consistent serve. Isner also has a very powerful forehand, which he uses in tandem with his serve. Because of his style of play, which consists of a big, consistent serve, he often ends up winning a great majority of his service games. But at the same time, due to poor movement around the court, he often finds it difficult to break the opponent’s serve, especially those players that move him around the court. This often finds him involved in long matches where each player continues holding serve until the set reaches the tiebreak. This is as evidenced by the fact that he was a player in the two longest-ever Grand Slam matches at Wimbledon.

One thing that’s surprising is the fact that he has made one of the biggest transitions from just being a college tennis player to now being a consistent winner on tour in recent years. That gave him to opportunity to win a few prize money, and land some pretty good endorsement deals as well. 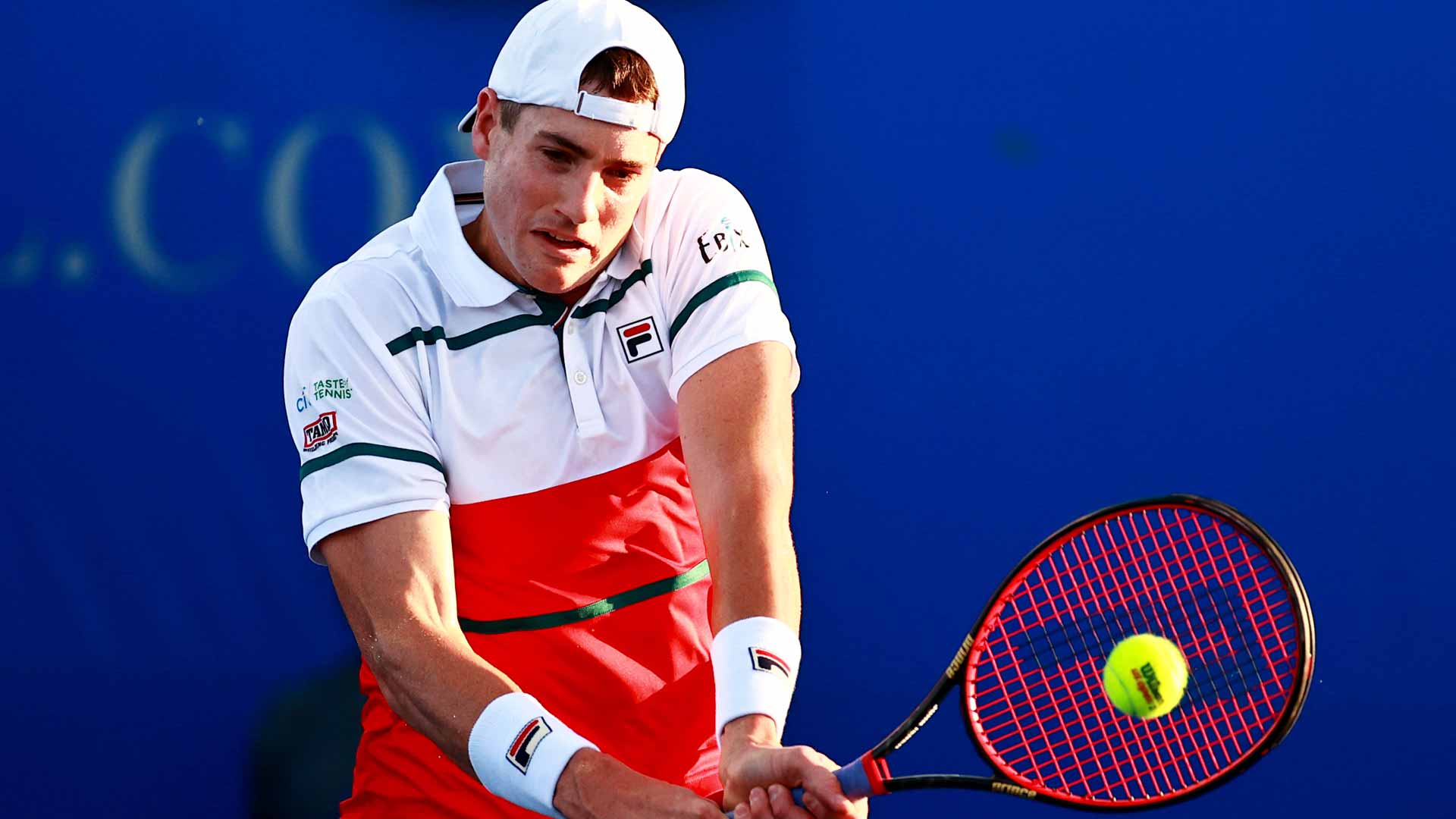 What is John Isner net worth? John Isner is estimated to be worth about $30-$40 million at this point in his career. Now being only 34 years old, he has won a total of $19 million in prize money, even though he didn’t start on his career professionally on the court until he was 22 years old. His massive success during his career help him to land a few endorsement deals and other opportunities that actually help grew his earnings.

When compared to other tennis players, you’ll realize that John Isner had a really late start on the ATP Tour, but it only took him a short time to become a serious threat on the court. Even though he have made a few wildcard entries at a early stage, his biggest break in the sport wasn’t until in the summer of 2007 at the Washington Open.

He had a pretty late withdrawal which provide him with a wildcard spot, and he ended up dominating four top 100 players on the way to an appearance in the final. He was then beaten by Andy Roddick, but with just one good week in the game, his overall ranking jumped to 193rd in the world.

Having a superb summer and fall actually led to his amazing finished just outside the top 100 at the end of 2007. He then held a spot in the top 100 the following February and has just skyrocketed since. With that said, he is considered by many to be one of the most consistent players on tour at the moment and because he rarely has any injuries, he’s always on the court.

Here is a brief breakdown of how much John Isner actually earned each year in Prize money.

One thing for sure is that Isner has made quite a bit throughout his career in the sport, but 2018 seems to be his most profitable year. The reason behind this is the fact that he actually reached the fourth round at the French Open, the semifinals of Wimbledon, and the quarterfinals of the U.S. Open. Not only that, but Isner even won his first and only Masters 1000 final at the Miami Open that same year. It shouldn’t sound as any surprise that he had his biggest breakthrough in 2018, as he gained the number eight position in the world.

In total John Isner who is a North Carolina native has 15 titles to his name in singles and another 5 in doubles. He’s known to practice a very healthy lifestyle giving him the ability to show up at tournament after tournament and he usually last a long while on the court before getting tired.

A lot of people think that his serve is one of the main reasons why he is very hard to dominate despite where he is playing. He tends to give players a lot of problem trying to actually break his serve whenever they compete against him. It is safe to say that most match he played ended up having at least one tiebreak to determine a set. His serve gave him the opportunity to pick up over 12,000 aces, and that is known to be a lot of free points with relatively little stress on the body. Right out of college John Isner gained a superb amount of following within a short time frame, but the general public didn’t know who he was until he performed in the longest professional tennis match in history.

In 2010 at the Wimbledon championships he ended up dominating Nicholas Mahut in a tennis match that took around 11 hours and five minutes to actually finished. The event lasted three days and it was the most talked about event at that time around the world. He had a wide range of endorsements during that period, but his name became a lot bigger after the match was complete. 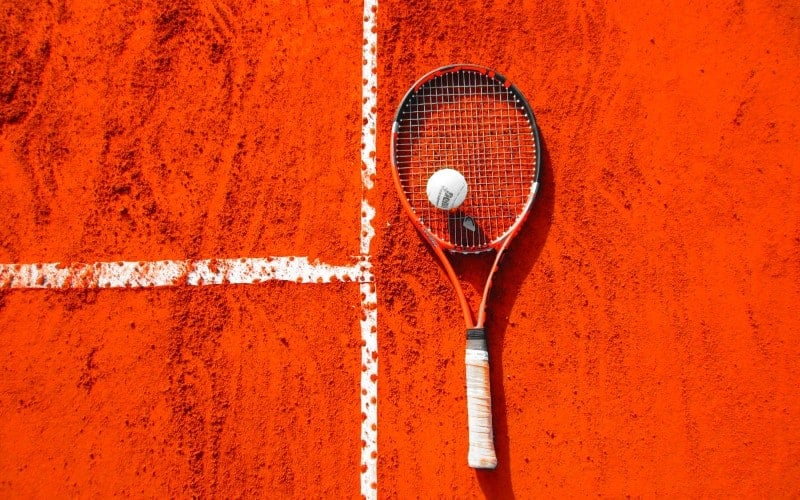 John Isner is a huge fan of the Prince racquet and has been with them throughout his professional career. He was a pretty big sign for them right out of college and because he gained a huge following it help a lot in terms of boosting their sales. It also helps that he have one of the most unique serve in the game, showing people that Prince racquet is definitely the way to go if you’re planning on buying a tennis racquet.

It is safe to say that Isner have been with many different clothing brands throughout his career in the sport. Some of these brands include Nike and Lacoste. Over a period of time he then switched to Fila at early 2016 and has been with the company since that time. Similar to the deal with Prince, Isner have worked with Fila more compared to other brands out there in the industry.

One thing we appreciate about Isner when it comes endorsements, he does a pretty good job in terms of looking out the box. The fact that he is not with most of the traditional tennis brands that sponsors most players in the world, he still manages to get his name out there nonetheless.

There is a big roofing manufacturer that goes by the name Tamco building product that most people would never associate with tennis. But what Isner did was relied on his father history as a building contractor in North Carolina and use it as leverage to land a deal with the company.

Apart from that, he also take the time out to sign a deal with a CBD company called Defy. What they do is make performance drink that has hemp extract in it and Isner seem to be a big fan of this company since release.

Last but not least is the fact that he also have a endorsements deal with a Bass Pro Shops. He’s someone who really enjoys outdoor activities and this endorsements deal seems to be the perfect fit for him as well.

John Isner is said to be in his early mid 30s, and there are many people worldwide who are wondering just how many years he have left at the top of the game since he’s considered to be one of the best tennis players in the world today.

Due to the fact that tall players usually have a superb serve allowing them to have a long career. As long as Isner is able to make his serves, he will always be a threat among his competitors. The game usually lead to a tiebreak and a few loose points from the opposition could lead to a loss.

Though John Isner may never be as rich as some of the top tier tennis players in the sports, he still managed to make his name and put together a successful career.

Now that you have reached the end of this article, I am sure you have learned all there is to know about this gorgeous and young tennis player. John Isner is still very much at the fore on the tennis scene and continues to amaze us with his wonderful playing style and various title wins. Though he, might not be as successful as other tennis greats in the same age group, he still continues to amaze and it will no time until he catches up and enters their league. Additionally, he also enjoys several huge endorsement deals that help him maintain his extravagant and luxurious lifestyle.