So if you have been wondering why don’t tennis players wear glasses, there can be a number of reasons for that. Know them all when you visit our site today.

For a sport that is mostly been played outside is reasonable why persons always asked the question of why don’t tennis players wear glasses. wouldn’t wearing sunglasses puts the players in more of an advantage with the main fact that tennis matches are mostly on hot sunny days. There are a few tennis players that wear sunglasses on their matches however the majority don’t.

Why don’t tennis players wear glasses? Wearing sunglasses on a hot sunny day would seem to be the correct thing to do as a matter a fact that would be the most recommended thing to do, however, sunglasses creates open windows for blindspots and a bit of facial bothering.

To the few professional tennis players that wear sunglasses in their matches, those players have already build up a form of tolerance and comfort, most of those players would wear glasses on a regular base. Wearing sunglasses in matches for a person that’s not a glasses person will default the player’s skills and performances.

Playing With Sunglasses In Tennis 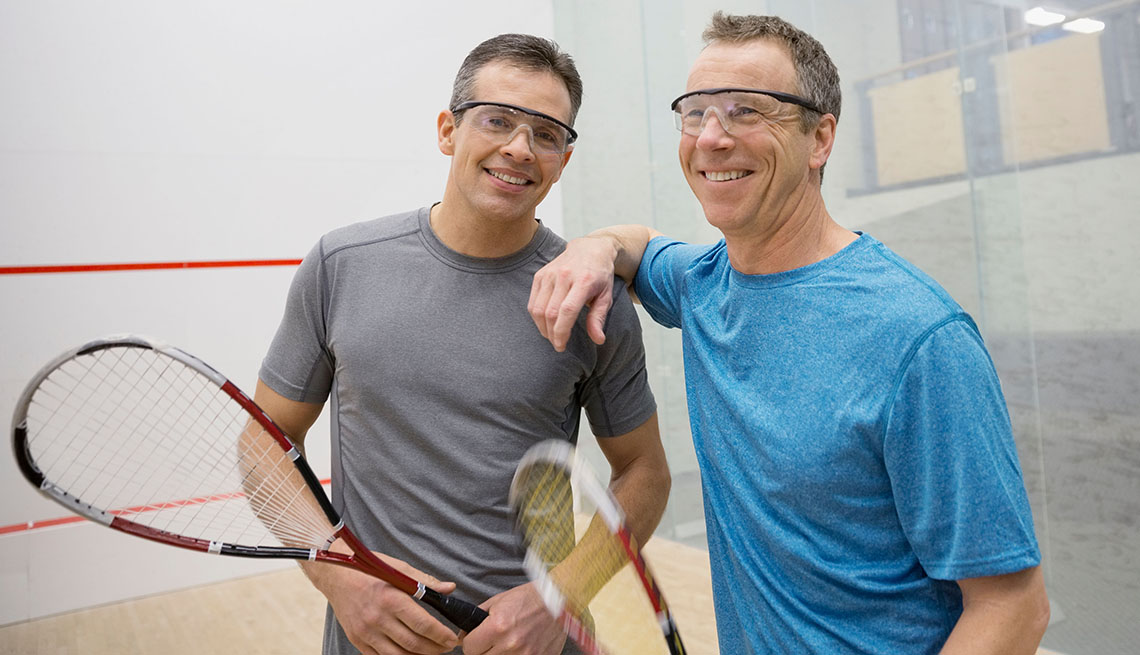 The sunglasses carry weight on your nose making you face feeling a bit head and uncomfortable, for the majority who are used to the feeling will spend time thinking about how uncomfortable their face feels and less time penetrating the game t hand. No one wants a distraction when in a competitive match of both having to worry about the game and playing it uncomfortable.

When a player goes into that match their focus needs to be only on winning, executing there serves, and utilizing their skills as best as possible. Let’s say we have passed that feeling and have graduated now, the other disadvantage of wearing the sunglasses would be a player would have a higher risk of being blindspoted.

Sunglasses carry many edges, there are times you are looking they are in the stream of where you are looking and that too can be a disadvantage causing the opponent to gain points off you. There are playing in which you can be blindspoted leading you to have miss judge the play faltering in a fail attempt to execute your plays.

Another thing is that most sunglasses are slack on the face as well so falling of will have and that can also happen while you are in-play causing a fail shot as well. The main fact why don’t tennis players wear glasses is for the main reason causing the extra work in the game of penetrating the glasses and the game at hand at the same time. To the majority, it’s just too much work and too much room for errors.

Are Sunglasses Illegal To Play In?

So far there have not been such rules implied if wearing glasses bein illegal in tennis matches, a player can choose to wear his or her sunglasses within any match of their choosing worldwide. In fact, I am sure events would more promote the idea of wearing sunglasses during your matchups. It can cause foul plays in the game but it won’t ever cause foul ply with the body.

Wearing sunglasses in the sun protects the eye and keeps your vision at a stable remarkable state, like what most would say 20/20  vision. The percentage of professional players that wear sunglasses is to a lot compared to the players who don’t.

It’s also common for young tennis players to have never seen a player playing in their glasses or in a glass.Sunglasses are essential for protecting the eye, however, it can be bothersome in the game and we know hope serious the professional athletes take their games. 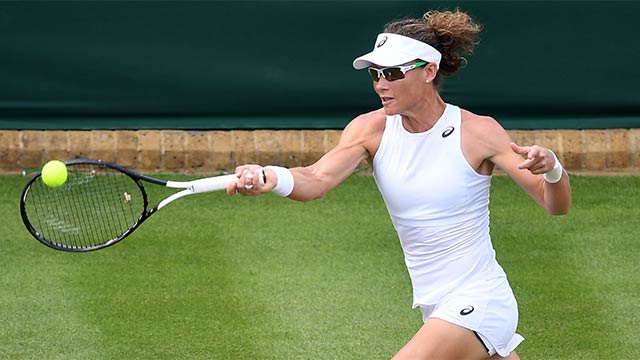 The fact that the ratio is low on tennis players that wear sunglasses it’s common to see the few that wears the glasses normally have eye issues.  Not all would have however the majority of who wears the glasses would normally be troubled with their eyes.  There aren’t a lot of pro tennis players that were but we have for eg Sam Stosur and we have players with medicated glasses as well check Arnaud Clément for a next example.

As I mentioned above, the few that wear glasses most will wear for medical eye issues and the other smaller amount will wear for just wearing and protection of the eye. It is not common that manufactures are building special sunglasses with special lines for tennis players to wear. I bet in the near future we will be seeing lots more tennis players wearing custom company brand glasses.

Should You Play In Sunglasses? The recommended answer would be yes however most don’t due the uncomfortable feeling and the hassle of the glasses. The players that never leave their glasses are the ones with ever problem but why wait for that time to occur when you can practice wearing your sunglasses protect your vision from now. You see the younger one trying to protect their sight especially he younger toddler learning the game and under parental guides.

Parents know best so they know the danger of them hatch sun rays penetrating the eyes will most likely cause damage to the eye. An elderly person you would also see sporting the glasses due to protection as well or for the main fact that the sport has already damaged their eyes.

It’s even recommended watching from the outskirts as a fan you should always bring sunglasses when attended events. The honest truth is you will more mature players of the game wearing sunglasses to protect their eyes more than pro players wearing them to protect theirs. That’s just the facts, the pro players are too fixated on their carriers on how far they made it without so why start now to start a losing strike, no one wants that or to blame a glasses for a match they thought they could have won.

I think all players should wear sunglasses so none would be at a disadvantage at the same time all the players would be facing the same problems. In this manner, all players will be also protecting the eye from being damaged while getting used to wearing the glasses on there faces.

Sunglasses now come in all styles and designs, sporty, casual you name it and its there so to find one that suits you best will not be a problem. Wearing sunglasses for the first time will be like doing something new for the very first time, its gonna be strange and feel unbalance But everything takes time of getting used to. If your not a watch person wearing one will feel weird on hand if you are not a hat person then wearing one on the hed will feel wrong until your body gets used to it.

Blunt trauma and impact injuries to the eyes are the most common reason for players to avoid using sunglasses while playing. As tennis is such an agile sport, it becomes likely that blunt injuries to the eye might occur. This might lead to a player having to pull out of a tournament and in some cases might even destroy entire careers. This is the reason that most players steer clear of eyewear during professional matches.

Black eye, foreign bodies entering the eyes and impact injury are a few examples of injuries to the eye that might take place on the tennis court. Tennis doubles puts players at more risk for eye injury.

Protective Measures To Be Taken When Using Eyewear During Tennis

Thanks for reading and reaching the end in why don’t tennis players wear glasses, I do hope you understand why the pro tennis player doesn’t like to wear sunglasses during their competitive matches. We know for all the good reasons why wearing them would be beneficial to the player especially the long term is but there is also main reason that players don’t wear them.

Please remember to go check out our other related articles like Why Are Tennis Players So Tall and other related ones that am sure you will enjoy reading the facts about.