Have you always wanted to know why are tennis balls numbered? It is probably for convinience but there can be more reasons. Head over to know the answers.

The main fact that you are here means the numbers on the tennis balls have now piqued your interest in what’s the reason behind doing so. Tennis balls have always been numbered however most people will not really take notice of the little number on the ball unless they are really taking in everything.

Before we get into this burning question in your mind, let us take a quick look at the origins of tennis balls.

Let us briefly get into the history of tennis balls. Tennis balls have their origin from way back in the 15th century. In the 15th-century tennis balls were created out of leather and they were then stuffed with horse hair,  human hair or wool. If leather was not available, it was even common to use the inside stomach of a goat or sheep. This was then stuffed with wool and tied up with a rope. However, the Germans were a step ahead and were known to create air-filled rubber balls. We have surely come a long way from all that and now we use tennis balls that are compacted with air, a hard rubber core and covered in a fuzzy material.

This fuzzy tennis ball covering is known as the nap and it is a  textile material that is normally made of wool, nylon, and cotton is cut out in the shape of a dumbbell and then two such dumbbell shaped pieces are glued over the ball. This fuzz covering is integral to the tennis ball because It not only changes the speed of the tennis ball but also imparts spin to it as the ball travels through the air and if the fuzz is not intact over the tennis ball, then the tennis ball will travel much faster in the air and will almost always land outside the tennis court. Tennis balls are almost always a yellowish green colour as this colour is the most visible colour for the human eye, making it much easier for the players and spectators to follow the brightly coloured ball as it volleys rapidly back and forth across the court during a match.

Why are tennis balls numbered?  I have seen a lot of false news and causation of why are tennis balls numbered out there, however, the real answer is so simple, the balls are numbered so that each tennis player can identify their balls. There are courts that are adjacent to each other and many times the ball will be played over the other court, when that does happens it easy to tell what ball you were using without wasn’t much time.

As a new player to the sport, I bet you see the importance of being able to identify your ball. Let me try and simplify it as best as I can, as a professional player you are going to also practice or play with a new tennis ball new ball provides the best bounces.

If you are on an adjacent court and your ball goes over the next court and you were to mix them up, the other player could be using a flagged out ball in which that’s the ball you would get, your gaming will be slightly altered with because you will have to put out more energy to get the reaction of bounce and plays that you would normally get from your new ball.

Why Are Tennis Balls Numbered? Tennis balls are number for a variety of things however the most important factor is for identifying a player’s ball. The other is to reduce time wasted in the game contemplating which ball is which on the court. Imagine how much time can be wasted about whos balls is whos because the truth of the matter is both players are going say the better ball is theirs.

What if both balls are the same numbers? This does happen from time to time however there are some factors you can still into to determine whose ball is theirs. Firstly the branding most companies will have their logo or brandmark on the ball so that’s a pointer to look on.

What if both balls are the same brand? Now, this is where things will get a bit tricky if it comes to this a player has to try and remember where specifically has the ball been marked both players cant make their balls at the same spot those things don’t come into play often.

All that being said sometimes none of the procedures above has to be taken place because you would see exactly where your ball went on their court. In this case, the solution is very easy to handle however most of the time this will be the case but the numbering system to number your tennis ball plays a vital part in finding your ball as well.

Do The Major Tournaments Use Numbers On Tennis balls?

In these events numbered on balls are rarely used because there will only be one match been played at a time. So it’s not common to see the balls getting mixed up. The only thing you will be seeing on the ball is the brand logo for the most part of it.

However, if its a case in which multiple matches are been played then you will see the number on the ball, their events are more likely to me high school or junior events. When you reach the pro level its not a common thing to see multiply matches taking place side by side for the balls to be mixed up.

It is a bit hard to get the balls mixed up in the big tournaments because those matches also have ball boy/girl go would see where the ball goes and go get it. Basically the big tournaments don’t have any reason to number their balls because the chances of them being mixed up are very low.Numbers are more frequently used when on a court with other tennis players using the court at the same time weather training or a match is in process.

I hope that clears up some conspiracies that I have been seen going around about why are tennis balls numbers. The balls are not number because some bounce higher than sone or none of those myths, the balls are numbers because it is easier to identify when playing or practicing on the court with other tennis activities taking place on. 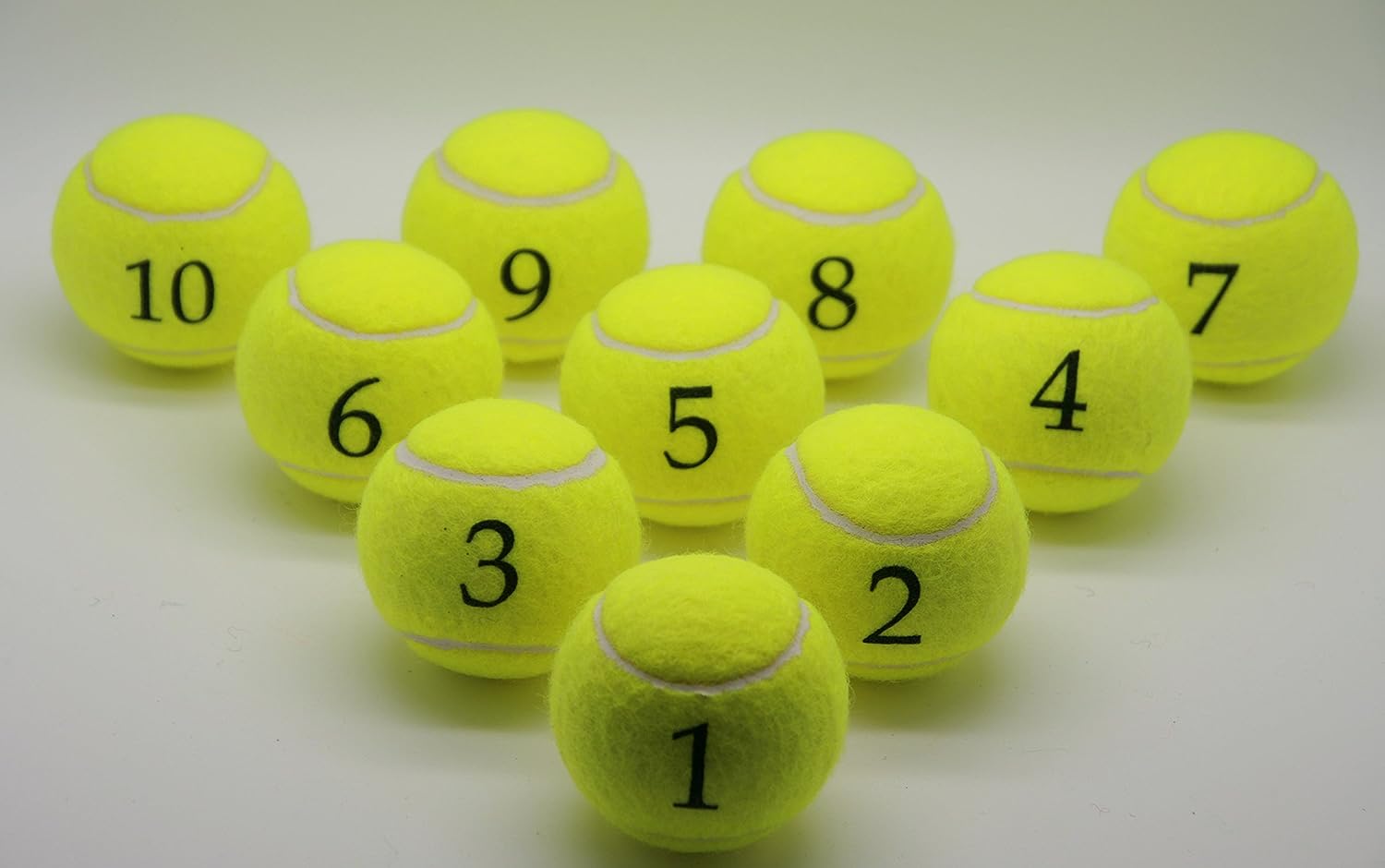 The major events like the grand slam events you won’t really see any writings on the ball except if its the companies brand logo. They also consist of ball boys to fetch the ball whenever the ball is been played off the court, so they basically keep track of where the ball goes in those major events.

It’s really funny how persons can spread false news on the simple factors of numbering the balls am sure if you are new to the sport can cause a bit of confusion to you. I generally think that some of the time people try to overthink and overlook things especially is the correct answer if just too simple.

Thank you for reading this far to the end in our article Why are tennis balls numbered. I do hope you have learned and understood the simple reason why tennis players number their ball. There are many saying out there of why the players numbered their balls however not all are accurate and you can look into the simple matter to see if their answers make any scenes as well.

Do remember that you can go to the main menu and check out a few of the other related articles that we have on here that I know for a fact will interest you like for example, why are tennis courts blue. Again, thanks for reading, and we hope to see you again.