From his net worth to the places he calls home. We have all the inside scoop on Roger Federer. Look no further if you want to know everything about him.

Roger Federer is indeed among the top-earning tennis athletes in the world, the Swiss professional tennis star was born on  August 8, 1981. Like most, he started playing from a very young age, and in no time the tennis star had made it into the pro leagues at the age of 17 in the year 19998.

Having domination the majority of his games and having the title of 20 Grand Slam singles titles in his name Roger Federer will surely be in the history books of tennis as a great one. With Federer so popularly known across the globe, it is no wonder why he has some of the biggest sponsors and endorsements deals.

Roger Federer has won approximately $130 million in prize money and earned over $400 million in endorsements deals. All that compiled would give the tennis star a net worth of $450 million putting him among the top richest sports players in the world. Federer really started earning from the game like a year after he had turned pro in 1999 where he had got and cash out of $201 Thousand Dollars. Between the years 2000 and 2005, he had almost generated $22 million from prize money.  In that period of time, the tennis star had just entered the 100 ranking tennis players in the world and was climbing the ladders very fast.

In the year 200 its was kind of a set back for the tennis star shower he quickly adjusted his game strategy in the following year after when he had won the Hopman Cup where he was representing his county. That wasn’t the only victory Roger Federer climbed in the year 2001 he also had won his first Milan indoor tournament at singles.

The year 2001 was the year I would say the tennis star made his name and was showcasing his talents to be known across the world. Roger Federer had defeated Pete Sampras the four-time grand slam champion at the Wimbledon Championships events, raising a huge suspicion on who this tennis players was now at the Quarterfinals. 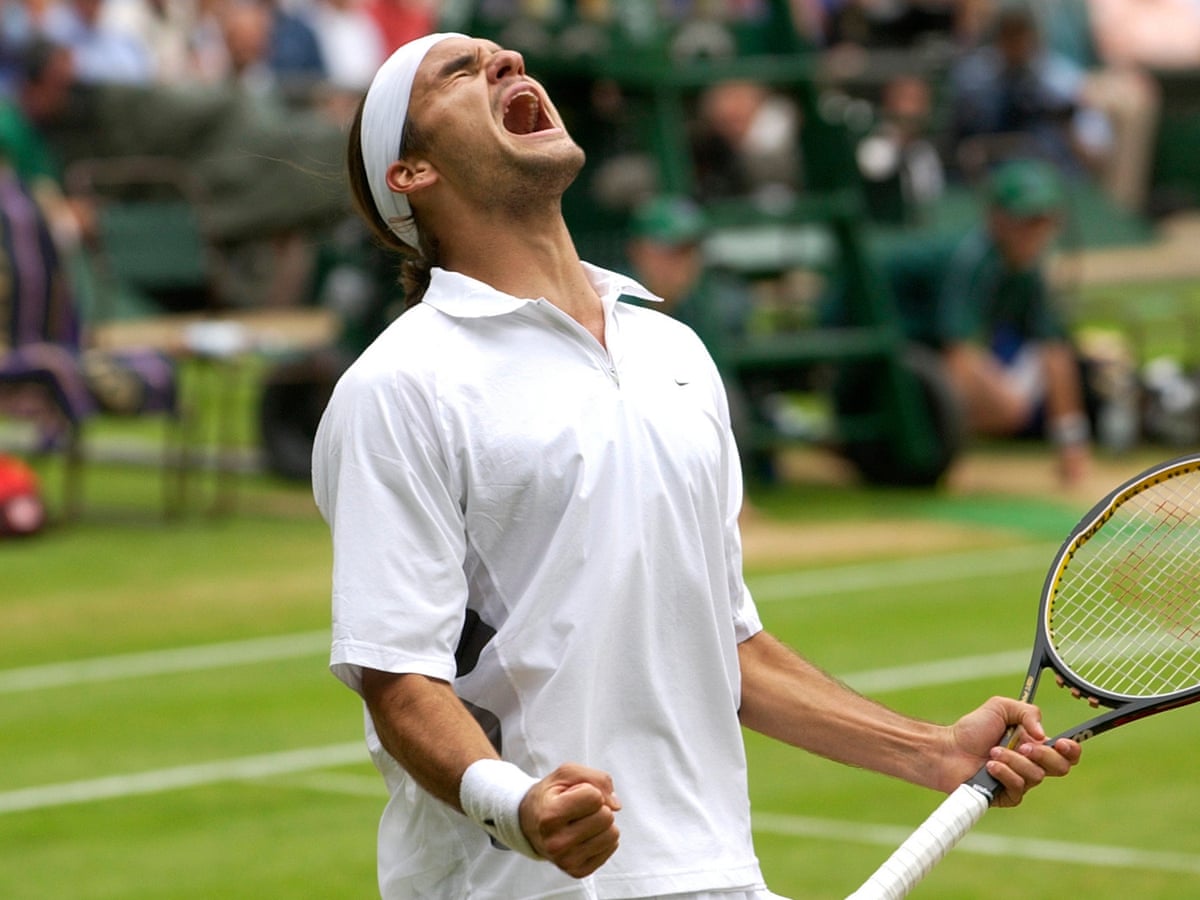 In 2003 the tennis star had won his first gran glam even at the Wimbledon Gran slam event, the following year after he which would be 2004 he won three Grand Slam titles in that year alone. With all his victories at this point, he was ranked #1 in the world by the WTA.

Like  2004 the following year wants a good one for the pro tennis star due to the fact that he failed to make it to the finals of the first two Grand Slam events. Let’s continue on his earning won through his years, from 2006 to 2011 the tennis star made over $45 million from prize money won. In 2006 Roger Federer had won three more Grand Slam events, this year was also said to be one of the best years in tennis Era for the tennis star.

Let us get this out the way, to show you how well 2006 was to the tennis star he had only lost to two single players in the entire year of matchups and that was Nadal and Andy Murray.  In the year 2007 Roger Federer the superstar had won three grand slam titles again, he was on his double a chic if you know what I mean.

In 2008 he only got to capture one Grand Slam title and that was the U.S openings, he had only attained one the year 2009 and 2010 as well. 2008 wasn’t the best for the professional tennis player although he had some major wons to his name and he had been in almost all the sim-and quarterfinals before falling out.

2012 to 2020 the professional tennis player had gotten over $50 million retained from prize money from that period of time only.  In apart from 2006 the year 2012 was an extraordinary year for Roger Federer it was stated that he had the most victories in that year as well.

Like most tennis stars we know there will be a time in their career where they fall back in performance due to injury, Roger Federer developed back problems in march 2013 where he had fallen from ranking #2 to #6.  On his injury-time, he has then worked mostly on his endorsees and kept promoting their brand and products.

By the year 2015, Roger Federer was branded the third man in the tennis era to have 1000 wins and counting to his name. Aside from the Grand Slam events, Roger Federer has won numerous amount of other major tournaments in the world of tennis earing him a safe title of one of the best tennis players in the world no matter which era we are in.

2018 was also a good year for Roger Federer, he hat reach 310 weeks at the #1 with the amount of time counted up as ranking number 1 in the world. Federer set some goals in the world of tennis that will forever be there, its no wonder he had some so many sponsorships and the main face for numerous companies.

By the year 2019, he was honored by having over 1200 wins to his name, this is some true accomplishments by the pro-tennis star.  All the above things mentioned about the tennis star play a huge part in why Roger Federer’s net worth is so high.

Let us check out the road and key factors to his true wealth which would be his endorsement down below. It is safe to say that Roger Federer is ranked among the most loved tennis players in the game and in sports as well. The professional tennis player endorses a lot of the major brand out that some already know and others will be shocked when hearing.

Let’s start off with his tennis racquet endorsements, he was using the 90 sq, in,  head racquet from Wilson tennis racquet branding. I know it is smaller than most would but it worked just about great for the tennis superstar for a long period of time.

After using that tennis racquet he then switched and started using the Wilson Pro Staff RF 97 racquet. he using this current tennis racquet up to this very day for his competitive matches.  Wilson has done a great job in keeping the pro-tennis player onboard so long and my personal opinion is that he won’t be changing brand anytime soon now.

Roger Federer was signed with Nike for at least most of his career however he had gotten a $300 million deal from a company called Uniqlo. Now, let us be honest, deals like these are not something one would even think about turning down. The company is not as known as Nike however its a big brand to be offering that amort of cash for endorsements.

Some other major brand deals the pro-tennis player was signed to were Mercedes-Benz, Rolex, Nationale Suisse, Credit Suisse Barilla Lindt, and Sunrise. As you see Federer was loaded with some high-end companies and all these companies were cutting the professional tennis player a check at each year-end.

We are not sure of the amount he was being paid to promote their products but we know for a fact that he was been paid good. Not every #1 ranked tennis player by the WTA has these major deals offers most of the major sponsored was done at an early stage of the tennis players Carrer, I guess they say great talking in the pro-tennis player.

The ranking of the pro-tennis star is currently at #4 on this very day updated on March 2, 2020. All the above are factors in which the tennis player has such high net worth, he is among the highest-ranking of sports player net worth up to this very day.

Roger Federer worked hard and encountered numerous amount o  injuries on the tennis court however he maneuvers them all and kept well focus on his game. At the age of 38 his fans are wondering when will he retire from the game but the tennis star is not too sure as well when will that be, I personally think its soon.

The pro-tennis player was married in 2009 and has four lovely kids which I know he hopes that one day one of his kids follows his tennis footsteps in the long run. With the platform that Roger Federer has set in for himself in tennis, he will be still among the best and maintains a high net worth even after the professional tennis player has retired.

Here are some lesser known facts about the tennis legend

Thanks for reading and reaching the end in our article Roger Federer’s net worth, we do hope you have enjoyed the reading experiences with us and that you have learned a few things here today that you did not know before reading the article.

Please do remember to go visit some of the other related articles that we have on here like, Rafael Nadal’s net worth and a few other related ones that you will find very much interesting I can guarantee you that.

We are a team that loves the sport tennis and we really do hope you have enjoyed reading and thanks again.