Nick Krygios has toiled much to get the name and fame he has achieved. Know of his life story, his net worth and more when you read about him on our site.

Nick Kyrgios is one of those players with a very interested career ahead of him. The Australian tennis star is considered by many to be one of the most talented player in the sport right now, and he have gained the number 13 spot in the world.

Nick Hilmy Kyrgios was born on 27 April 1995 in Canberra Australia and is of Greek and Malay ancestry. His father is a self-employed house painter, and his mother is a computer engineer but yet they encouraged nick to play sports from a very young age. In fact, Nick initially started playing basketball but found tennis to be his true passion and then at the tender age of 14, he made the decision to focus solely on tennis. He soon gained a full scholarship at the Australian Institute of Sport where he was able to further develop his tennis and improve his game.

When it comes to his playing style, Nick is known to play quite aggressively and his main strength comes from his serve which reaches 75% accuracy and speeds up to 230km/h. Kyrgios’s second serve has often been regarded as one of the best on the ATP Tour and is often hit at speeds above 200km/h. He also has a tremendous and blasting forehand as well as a very consistent and dangerous backhand. Adding to his skills is an effective slice and an efficient net game. Kyrgios is also known for occasionally hitting the underarm serve, in fact, Kyrgios has brought prominence to the underarm serve in professional tennis matches.

While he have a very successful career in the game, you have many supporter who are distracted by his lackluster effort on the court, his outburst and his outspokenness when he’s on and off the tennis court. At times Kyrgios is also polarizing which works in his favour when it comes to earnings off the court.

What is Nick Kyrgios net worth? Nick Kyrgios is estimated to have a solid net worth of around $10 million at the moment. Although he only had the opportunity to win $8.5 million in prize money throughout his entire career, he also has some pretty decent endorsement deals that help to boost his overall earnings.

Nick Kyrgios had a very bumpy career it was always up and down for him throughout his journey in the sport. However, it’s safe to say that he is one of only three players to actually defeat Rafael Nadal, Roger Federer and Novak Djokovic the first time playing against them in a match and he was able to do so when the three players were in their prime. Winning them allow him to build up a solid reputation in the game and his playing style provide him with the ability to be a threat in every tournament he enters.

Grand Slam tournaments is where most tennis players make the most money and it’s sad to say that Kyrgios is not doing well since lately. He managed to reach two quarterfinals at Wimbledon in 2014 and the Australian Open in 2015. But after that, he’s finding it very difficult these days to make it past the third round and a lot of his fans are wondering if he will be able to win in a best of five set. 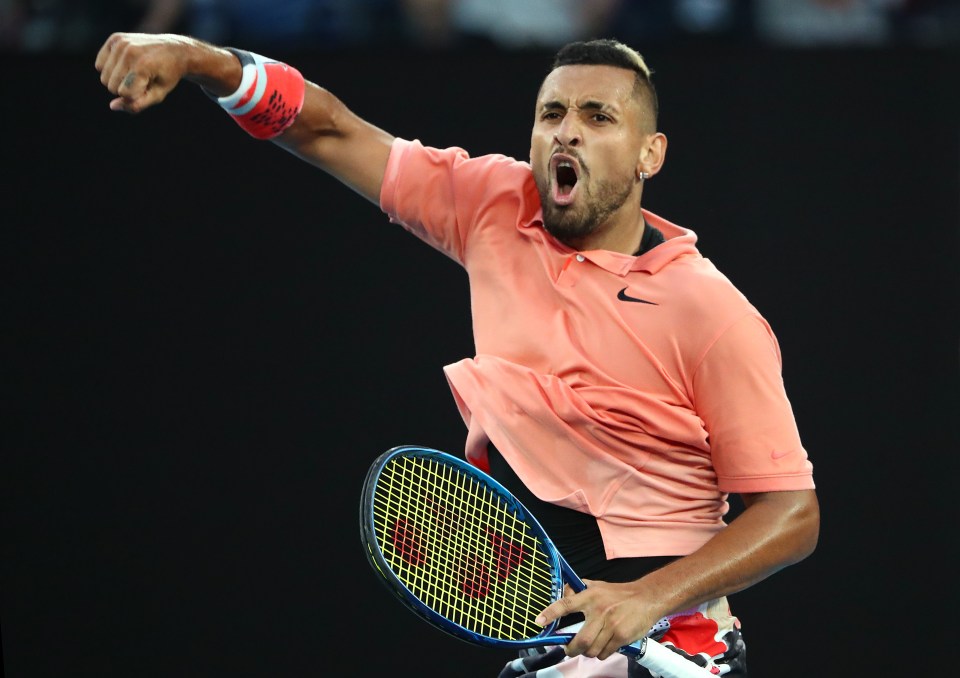 Here is a list that consists of how much Nick Kyrgios have earned each year in prize money.

When it comes to smaller tournaments, he tend to achieve a lot of success in his career. He actually managed to made it one ATP Masters 1000 final, when he lost to Grigor Dimitrov at the 2017 Cincinnati Masters. He is now 3-1 in ATP World Tour 500 Series finals, and 3-1 in ATP World Tour 250 Series finals. Apart from that, he also had a great run at the Mexican Open and Washington Open in 2019.

A lot of Kyrgios fans and supporters of the sport see his skill level and think of him as an unfinished product. The fact that he’s going up in age and you have many people starting to worry about his break out point, we still have hope that at some point he will actually put everything in place. He is a very aggressive player on the court and when his serve is on point, he can literally dominate anyone he’s competing against.

One of the main reason why he haven’t reached far in the sport is because he’s not consistent enough and it doesn’t seem like he have much passion for the game. He has even stated that he doesn’t love tennis as much as other players on tour. It does take a lot of strength and focus to consistently win on tour, and he have not been able to put everything together as yet.

Another reason his net worth is on the lower end compared to other players is the fact that he have received a large amount of fines throughout his career. He has picked up a large amount of code violations for things such as audible obscenities to breaking racquets. He’s known to be the only player that have an ATP record with $113,000 fine at the 2019 Cincinnati Masters tournament, this is mostly due to him picking on umpire Ferguson Murphy and abusing him verbally. Even though Kyrgios might be polarizing it doesn’t seem to bring any harm to his endorsement deals. Although in the past he have lost deals with underwear and clothing brand Bonds and Malaysian Airlines due to his unacceptable behavior, he is still making a huge amount of money from other big brands. 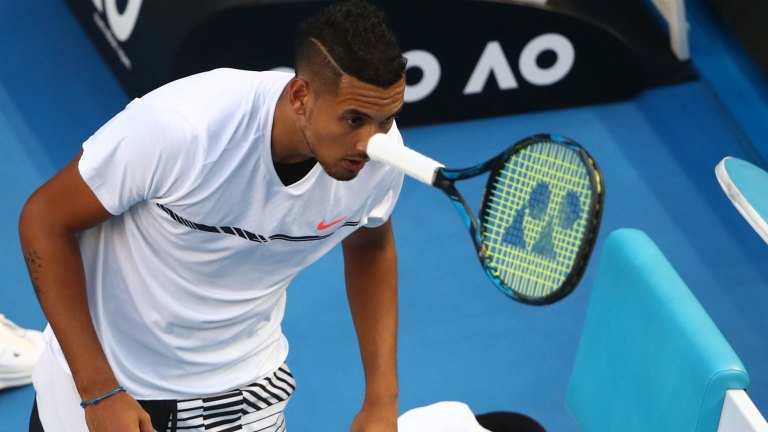 Nick Kyrgios is considered to be one of the most prominent professional athletes endorse by Yonex. They have had a relationship with eachother for quite some time now, and that will continue as long as both parties are keeping their end of the deal. Yonex is one of those brands that doesn’t seem to have many pro player on tour right now, so they are trying their best to hold onto the players they have.

Kyrgios seem to be a big fan of Nike and they have been the clothing and shoe sponsor of him for a very long time now. Since he’s a Nike fan you can expect his loyalty to the company through thick and thin, even when he’s not as good as he is at the moment. Nike even went as far as to give him a shoe collaboration with Australian player Kyrie Irving to help him grow his brand and recognition.

Another popular endorsement for Nick Kyrgios is with Beats by Dre. If you look closely you’ll noticed that he wears Beats on his ears while listening to his favorite music that get him in the mood. He have stated in multiple interviews how passionate he is when it comes to music so this is the right deal for him.

As you can see, most tennis players tend to reach their best form by mid 20s in tennis. With that said, you have lots of top tier players around the world that are playing at an advanced age more than before, it’s very challenging to actually reach the peak stage in your career if it is not done early. This didn’t work well for Kyrgios because he have never experienced a breakthrough in the top 10 in the rankings.

Apart from that, he haven’t had the opportunity to make it to a quarterfinal since 2015 in a Grand Slam which took a toll on his overall earnings.

One thing for sure is that he is still polarizing, but that didn’t stop him from taking part in the Australian bushfire that took place in 2019. Not only did he donated, but he eventually set up an exhibition to help raise money for the victims as well. With that said, he still has plenty of time to grow his net worth if he focuses more on tennis.

Now that you have reached the end of this article, I am sure that you know all there is to know about Nick Kyrgios. Although he might not have reached the pinnacle of his career as yet, he still can work towards it and he surely has the skill and talent to get there, though he is often criticised for his outspokenness. When it comes to endorsements, there is no shortage of them and nick makes quite a tidy sum from the various brands he endorses.