Marin Cilic is one of those tennis players that you will not forget, this pro tennis player has 18 titles to his name including a major grand slam title won in the 2014 US. Opens. His current ranking ow is #37 however his best ranking factor in the ATP was #3, so you can see why I say he will be in the history books of tennis best players in the world no matter what form he is on.

Marin Cilic is known on the tennis court to be a heavy hitter but the question of the day is what tennis racquet does Marin Cilic uses to get such power?

He plays with the Head Microgel Radical MP ( Pro-Version), he normally strings his tennis racquet with the Babolat VS Touch Natural Gut 16 for the main and uses the Luxilon Alu Power for the cross.

The tennis racquet he uses is a bit confusing to the eyes if you are not fully aware of what has been done to the tennis racquet. The racquet is also designed to look like the Head Graphene Touch Prestige Mid

Lets us jump into the specs of this specific tennis racquet that the pro-star is currently using up to this very day. 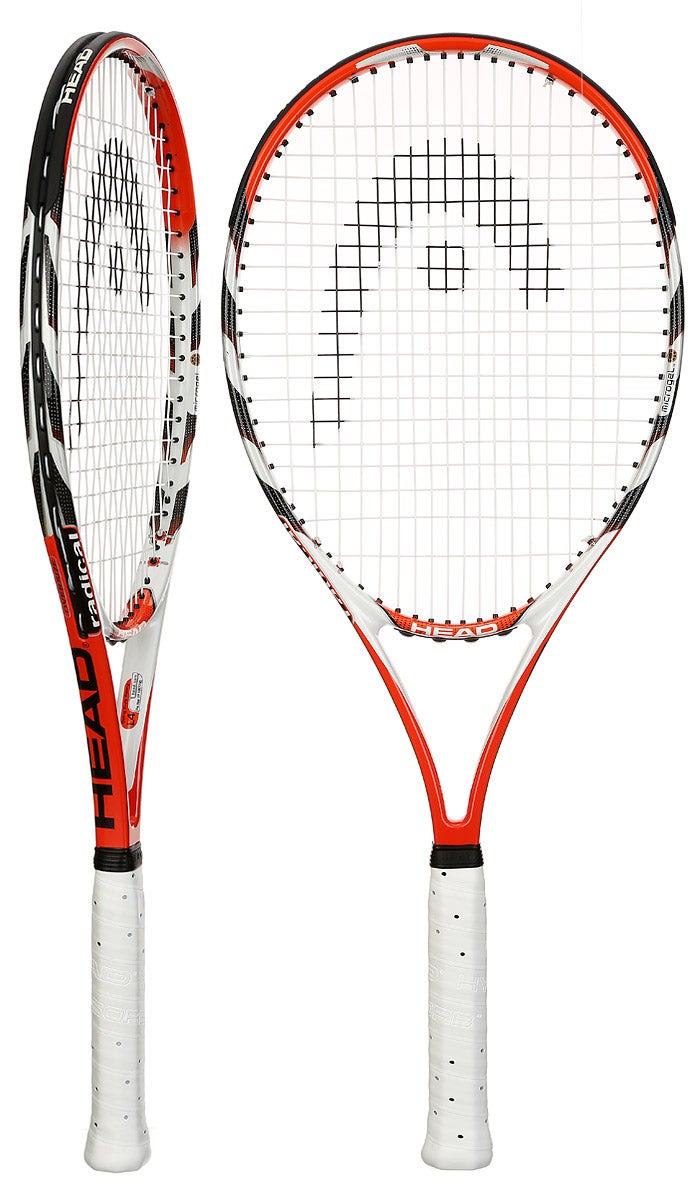 This specific tennis racquet is perfect for intermediate to advanced players that are looking good power and stability. The string pattern helps to provide the player with the ability to generate adequate sins to the ball as well as maintaining power.

There not many players that customize their tennis racquet like this however it played very well on the tennis court and its not too heavy. If you watch Marin Cilic games as I do you see it gives him no problems when moving around on the tennis court.

This specific Head Microgel Radical MP TGK 231.3 model is one of the hardest tennis racquets to get on the market. So far I have only seen it on the official head tennis website or you can check eBay to see the price differences as well as the Amazon store.

There are models that players the same as this tennis racquet however they are not the same the exact one as I mentioned above is hard to get, when you do see them in stock the price will be heavy as the racquet.

The racquet is available on small scale so be sure to be frequently checking to see when the availability is open on the tennis racquet. Thanks again and do remember to check out a few of the other articles that we have on here like, Karoline Pliskova’s tennis racquet and more.