Andre Agassi is a legend in himself. Check out his lifestyle, the things he likes and those he doesn’t, his fitness regimen and alot more about this star.

Even though Andre Kirk Agassi’s days of domination are at its end, we still very much remember how good he was and the titles he has to his name. His career ended in the year 2006 however he didn’t waste any time when he was active in the sport of tennis.

In his time Andre Agassi had won eight grand slam singles titles and was the first male tennis player to have won four Australian Opens titles. He has other major won like the Tour finals and the Olympic games, all those major wons had earned him the title for the prize money of each tournament win. 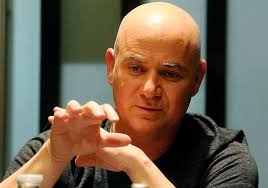 With all those wins, how much is Andre Agassi net worth? He is estimated to have a net worth of $175 million up to this very day. It is also said that he had earned up to $100 million from endorsements deals and sponsorships in is the time when ranking for the best tennis player in the world in his era.

Andre Kirk Agassi is not like most he was still involved in some endorsements even after he had retired and apart from he was a businessman as well, he liked to invest in may other things out of the bracket from tennis.

Lets us break things down a bit in terms of career won and the money he generated from just the games he won from which events down below. Andre Kirk Agassi turned pro in 1986 from that year to the year 1995 he had generated a sum of $9.7 million throughout those years in prize money. He was part of the winning for the Davis Cup in 1990, 1992 and 1995, by that time he was ranked number 1 in the world. from that year span, the pro tennis player had gone from a nobody to a somebody in his career winning may other titles as well.

From 1996 to 2006 the former pro=tennis player had mad a sum of $19 million by the time he decided to retire in the year 2006. In those years Agassi ranking went from number 1 to number 141, he didn’t have it easy, it was like this minute he was playing on top form and the other minute he’s off him good form.

Andre Agassi has won some other big titles to his name and has gotten some cash prize payouts that we aren’t fully sure of the amount but we can safely say that for in all-time career span he got around a next $20 million cash prize from his wins and reaching the semi-finals and final rounds.

The next thing that we are going to look at is his endorsement sponsors, it’s stated the former pro tennis player had accumulated a large sum from his endorsement deals with the different companies, let us take a down below.

His unique abilities listed below helped him in his achievements and to become the World’s No. 1 player: Agassi did well in terms of endorsements, his era he was the best person to have on your marketing team, everyone was talking about him. It was even said that he was the first tennis superstar for Nike, he sold millions for the brand label. Andre Agassi had a long and close relationship with Nike he was with them for 17 years, it was sid whenever he wanted to leave for other companies Nike would increase the amount just to keep him.

The former tennis star endorsed many different things for the Nike brand from closing to headbands you name it he wore it. Sadly, we know everything has their downs at times, Andre Agassi and Nike had gotten into some misunderstanding when they did not want to donate to a certain charity of his choosing.

He then left and sight with Adidas but it was in the wrongfully on the market that he left because Adidas paid him more however that was false news  Adidas paid him good but I don’t think its more. The main reason for the fall out between Nike and his was because of some charity he wanted to donate and the company was against it so he just switches brand labels and to one that he had more sayings.

Andre Agassi was with Adidas for at least 7 years so he was with them for a good while, he wasn’t the type of tennis player who wanted to be all over the place with sponsorers. He loved the attention but it was a very calm and humble person at the same time. 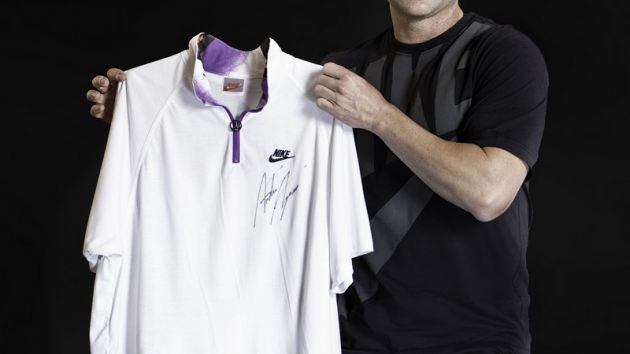 In regards to tennis racquets, he spends most of his professional career using the Head tennis racquet brand. Some of the other endorsements deals Andre Agassi had was,  American Express, Dupont, Mountain Dew, Mazda, Deutsche Bank, and numerous others, he was the main attraction in his era.

Now you see why the former pro-tennis player made so much money from enforcement deals, it didn’t even stop thereafter he had retired from the professional career he worked with Nintendo, Genworth Financial, Canon, and a lot more companies. He knew how to get paid for sure even after retirement he was still being paid big.

With all that sid above you now see how former pro-tennis player Andre Agassi has a solid net worth of $175 million. His tennis career may have came to an end but he is still earning up to this very day from venturing into other successful businesses like for example his All-Star-Cafe where you can visit and see other top tennis players it could be retired ones or active ones as well.

His autobiography had made the  New York Times bestseller top listing as well, he is holding up just fine and I can tell you it’s not easy to maintain the life after you have retired. The former tennis star made more from his endorsement than his cash prize payouts, he made over $100 million from enforcement deals alone.

In Open Up, his autobiography, he has opened up about his hatred and disdain for the sport he mastered, mainly stemming from his relationship with his father. His father had a lot of anger issues and trained Agassi from a very young age as he saw something special in him, which wasn’t present in his 3 other older siblings. He used to get overly furious whenever the call hit the net. Recalling a training session with his father when he was just seven years old, Andre compares the ball machine to a dragon and his dad, to a beast. These rigorous sessions led him to be the top player he was. He is still considered one of the hardest players to hit the ball. There were times he hit the ball so hard that his shots knocked the fluff off the ball and took all the pressure out of it. Well, let’s just say that he didn’t just win 60 career titles with 17 masters titles and 8 grand slams for no reason.

Popularly known as the golden boy of tennis, Andre Agassi will always remain one of the most gifted and decorated tennis champions to date. His tactics reported on the daily and his fashion sense were considered era-defining at the time.

Let’s just end it by saying thanks for reading to the end in our article we hope you have enjoyed reading as well and will check out some of the other related articles that we have on here like, Nick Kyrgio’s net worth and others.